Use of the Rodman Reservoir sites is going down…

Although the artificial Rodman Reservoir is a popular bass fishing location, its use is declining.

User data from the FDEP Office of Greenways and Trails confirm that Rodman Reservoir use has been going down since 2010. The exception is during drawdown times, when the river is closer to what a restored river level would be. During the peak of the reservoir drawdown from November 2019 through February 2020, visitation at Rodman reservoir access points increased by 81 percent compared to the same four-month period in 2017-18 and 2018-19.

Source of numbers: FDEP Office of Greenways and Trails

Many tournament anglers choose the St. Johns instead…

“Rodman Reservoir Tournament director Mark Roberts said the conditions at Kenwood Landing were unfit for a tournament launch.” He said, “The canal smelled like an open cesspool from the rotting vegetation, plus the fact that outboard motor intakes would quickly stop up with trash.”

The conditions since the drawdown ended in April 2020 have been equally as bad.

Sept. 25, 2020 - “Kenwood boat ramp is blocked again. Contractors were hired to clear plants in 257 acres for over $30,000.00, using herbicides and mechanical harvesting. They are supposed to post signs when they spray but they never do. After recent spraying, the run was open for one day before it filled back in with invasive aquatic plants. I went back there this morning and watched the trucks with boats pull in and then leave disappointed. – Karen Chadwick, NorthStar Charters 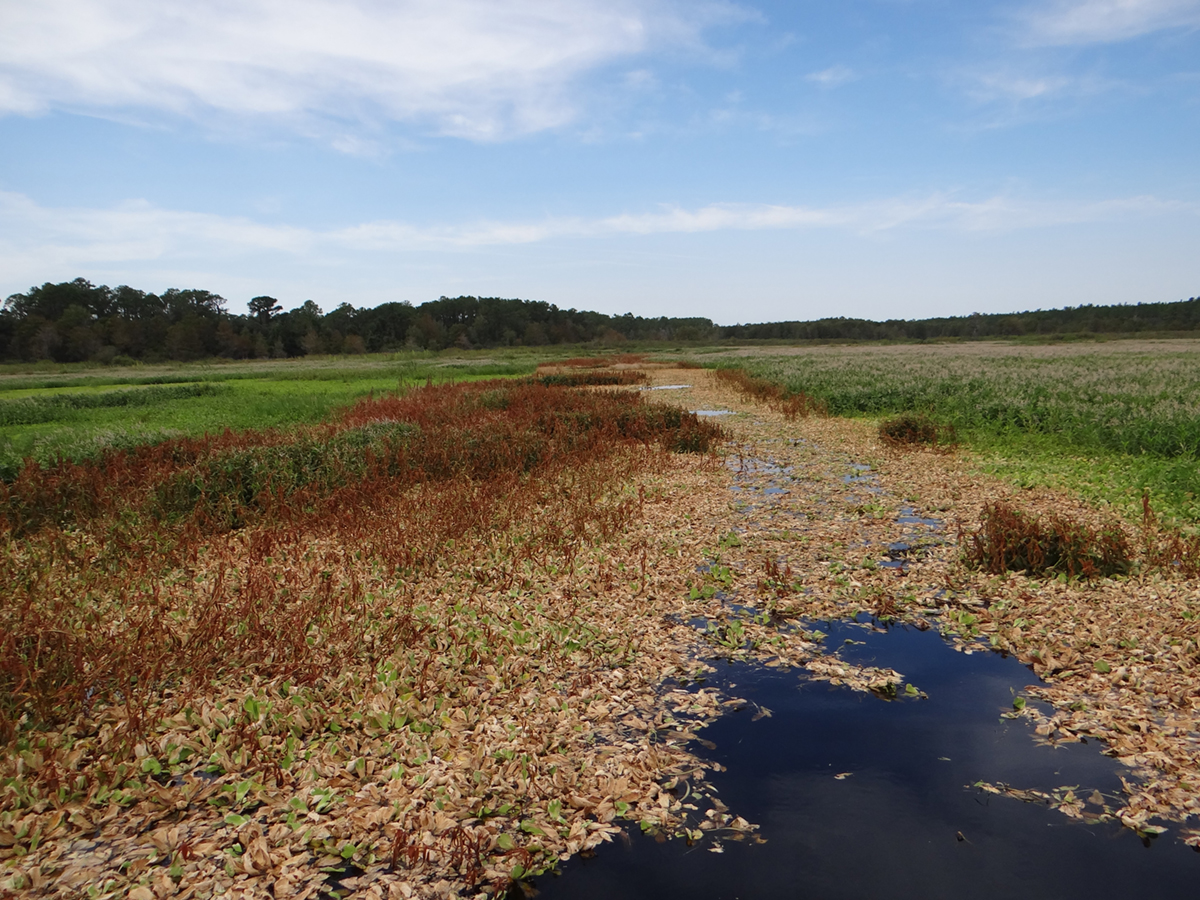 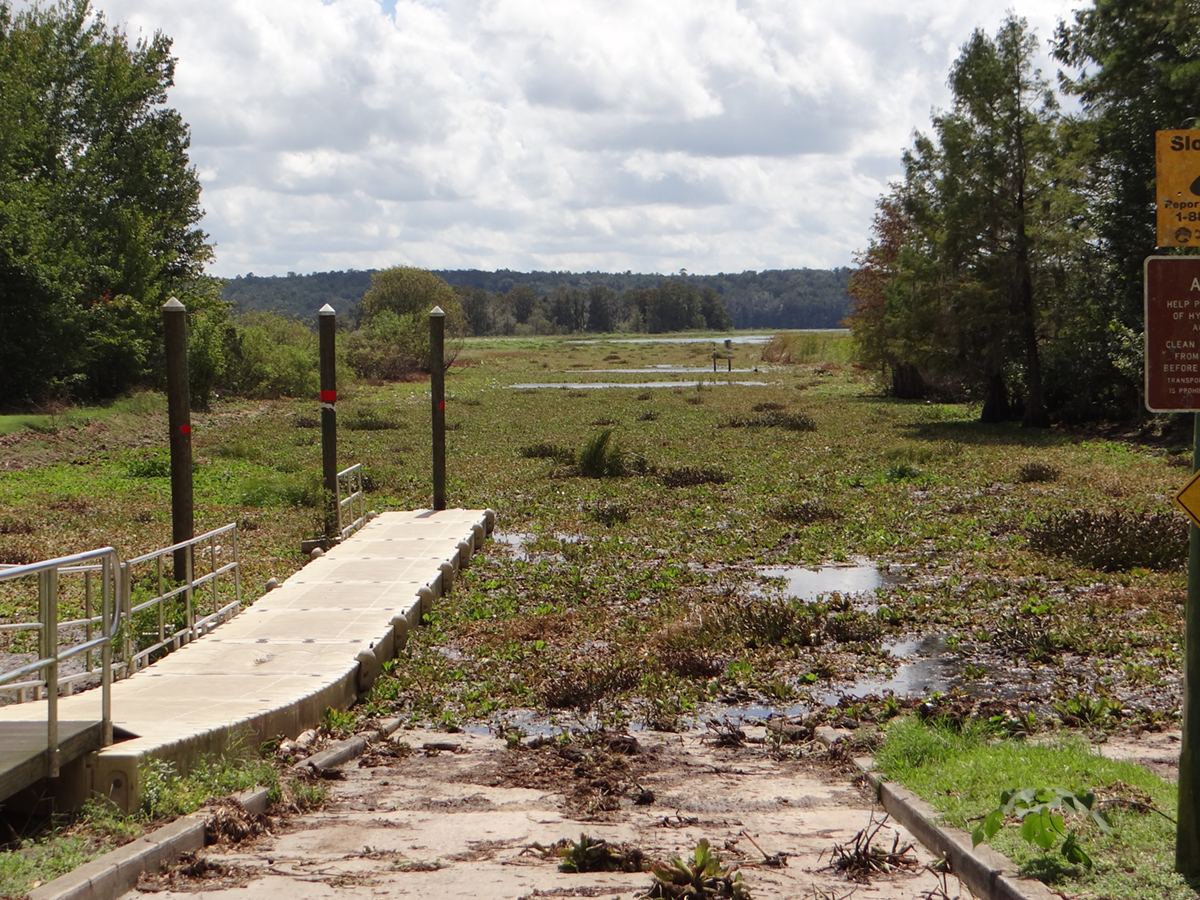 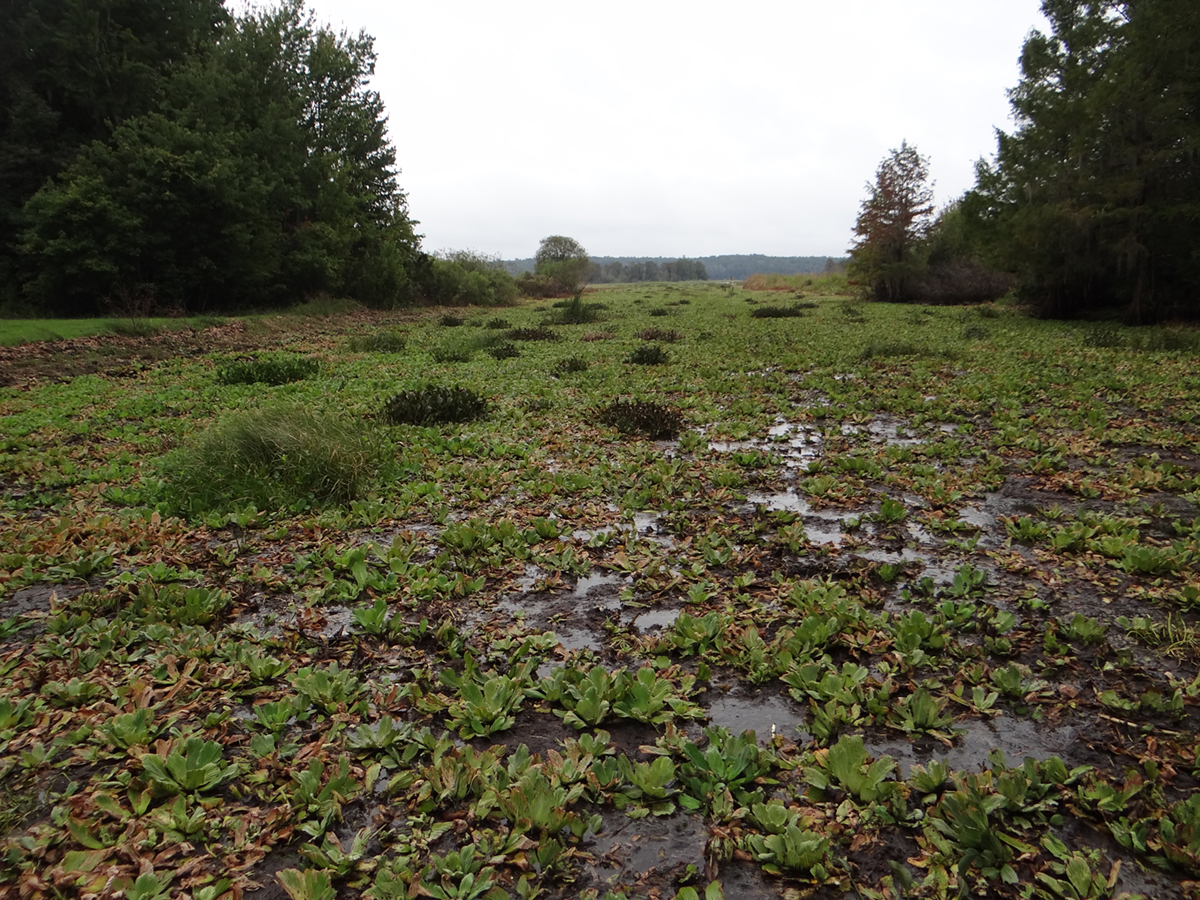 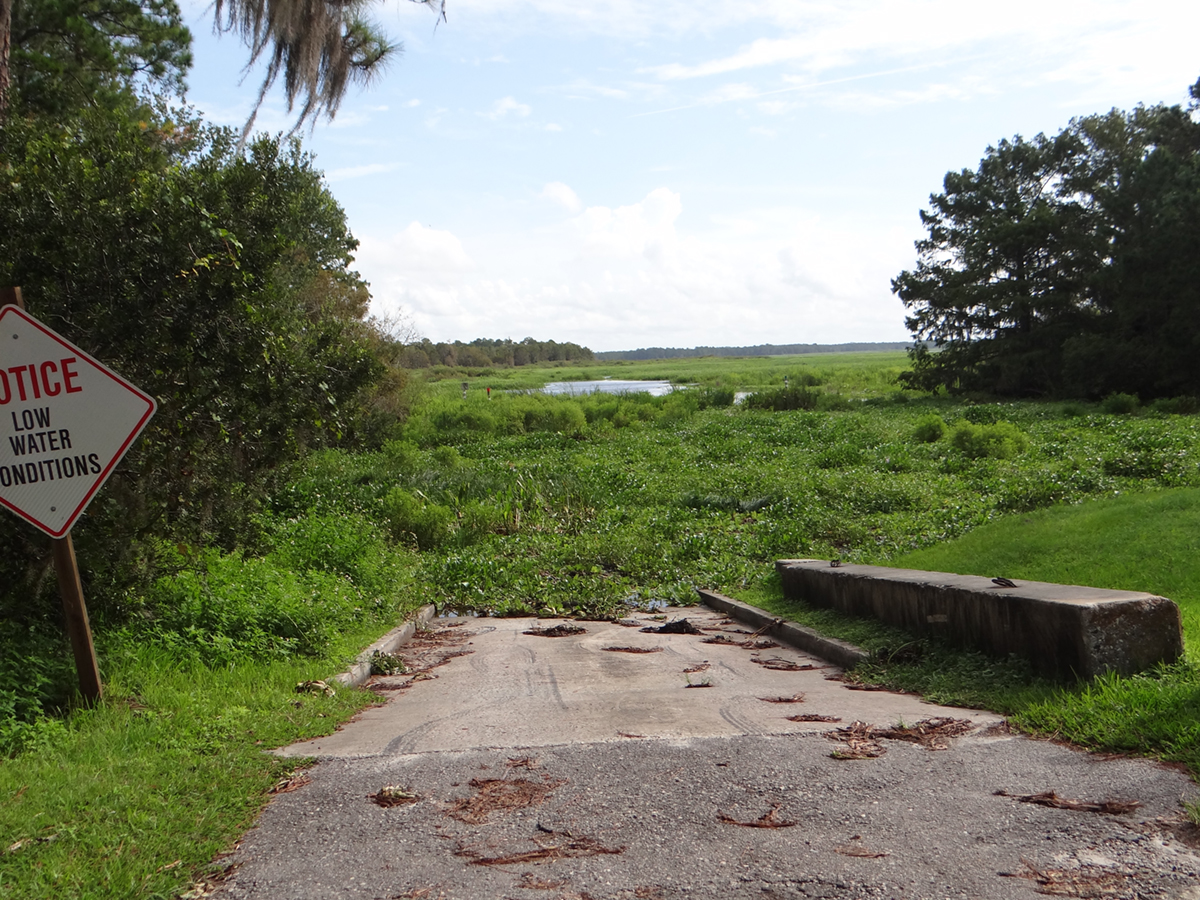 “Rodman Reservoir offered some of the best bass fishing in the area over the last year. At least 84 largemouth bass weighing over 8 pounds have been reported to the Florida Trophy Catch program since January 1, 2020, with 14 of those greater than 10 pounds!” – Florida Fish and Wildlife Commission

A look at the data shows that great trophy fishing happens during the drawdown years, when the water levels are closer to restored river conditions. Extreme drawdowns as FWC calls them are designed to help improve bass fishing and reduce the build-up of invasive aquatic plants. See what happened related to Trophy catches during the 2015-2016 and 2019-2020 drawdown years. Notice what they were in 2013, 2014, 2017 and 2018.

Bank fishing during drawdowns is also up! You actually have fishing banks to fish from at Paynes Landing, Kenwood and Orange Springs ramps.

In addition to good bass fishing, a restored river would bring back much larger striped bass (not the hybrid sunshine version) and would create a more sustainable fishery from the Ocklawaha to the St. Johns to the Atlantic Ocean. 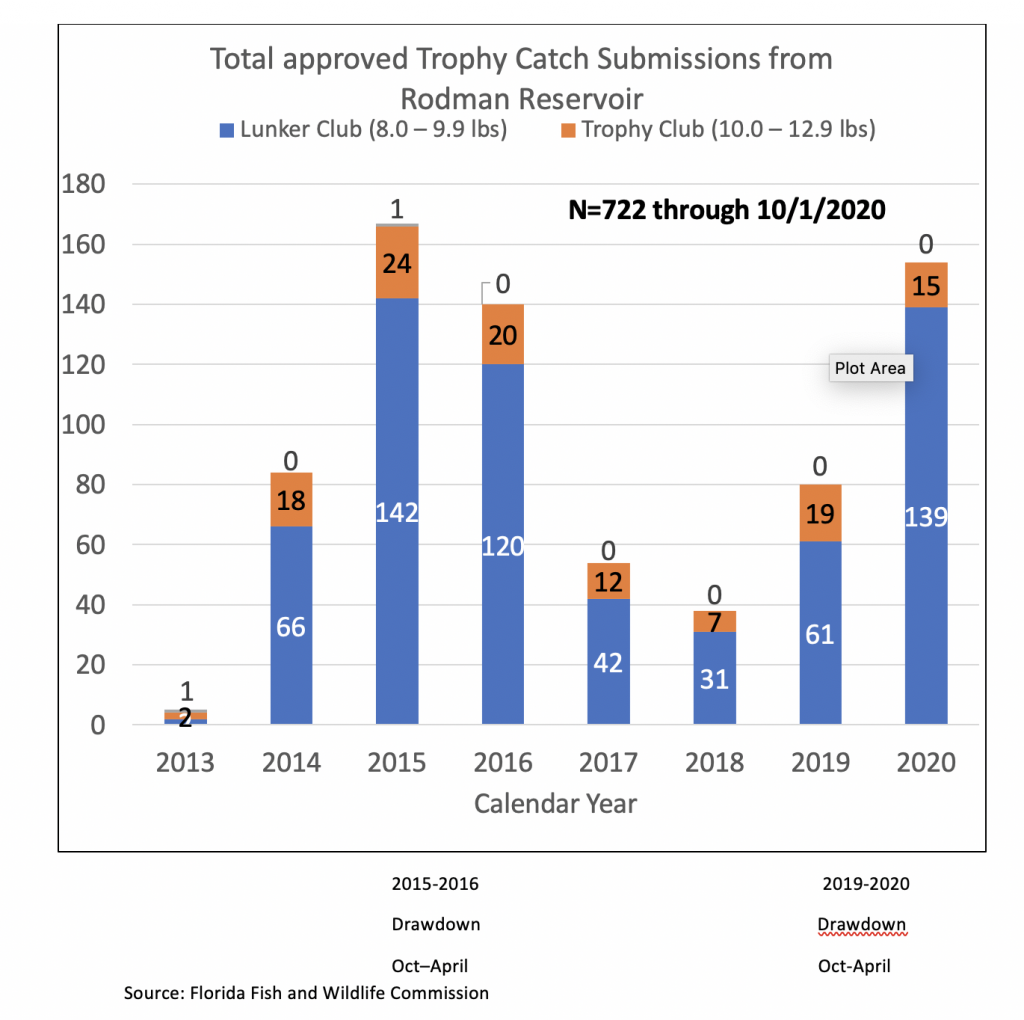