The historic and cultural treasures of the Silver, Ocklawaha and St. Johns Rivers have not received the recognition that they deserve.

There are many archeological sites along the Ocklawaha River many of which are inundated now due to the artificially high-water levels and some have already been looted.

The Paleo Indians lived in the area 14,000 years ago and hunted mammoths and co-existed with the megafauna. Some of the artifacts from this era are on display in the Silver River Museum and there is current research going on focused on this important part of Silver Springs and Ocklawaha History. Native people continued to thrive in the region until Europeans began exploring the area.

A Spanish mission, called San Blas Delabino, established in the 1600s, was located near Connor Landing. There were three missions in the various parts of the Ocklawaha. Spanish came into the area to convert the Timucua Indians. An archeological excavation was done, and the items found are in an exhibit at the Silver River Museum. A Spanish mission bell is part of that collection.

The Creeks and Other Tribal Groups

The Creek Indians and other tribes moved into the area after pressure from Europeans coming into the Carolinas, Georgia and Florida. The many tribes banded together to create the Seminole Tribe. In, 1823, the escaped slaves and the newly formed Seminole Tribe signed the Moultrie Creek Treaty with the Americans, giving them a large section of the interior including the Ocklawaha River.

In 1832, the Payne’s Landing treaty was signed by the Seminole Indians and US officials to move the Indians out to Oklahoma as part of the historic “Trail of Tears” or the Indian Removal Act.

The Steamboats of the Ocklawaha

In the late nineteenth and twentieth centuries, the St. Johns and Ocklawaha Rivers were major steamboat lanes. The route from Palatka to Silver Springs, spanning 135 miles, had 96 steamboats of record. Steamboats began running in 1829 and ended in 1910.

The Hart Line, one of the most well-known steamboats, charged $5.00 to take tourists from Palatka to Silver Springs and back, food and lodging included. It sank in 1921 and was demolished and removed in 1979. Remnants of the historic steamboat landings can be found in some parts of the Ocklawaha River.

Visitors and writers that traveled the steamboat route were the first Florida tourists and travel writers. Their letters, journals and writings introduced the area to the Ocklawaha River. Some of the most famous include Sydney Lanier, Marjorie Kinnan Rawlings and Harriett Beecher Stowe. Lanier referred to the Ocklawaha as the “sweetest water lane in the world.”

Trains and automobiles slowly forced out the steamboats, but those legendary times could be captured today in historic markers, interpretive sites and visitor guides.

During the Civil War, the Union controlled the St. Johns River. Some families were moved to Orange Springs via the Ocklawaha for safety. John William Pearson was a confederate captain who owned the Orange Springs Resort and he turned the cotton gin into a foundry to make cannons for the Civil War. This was also the site of Fort Brooks.

Bartram walked from the St. John’s River to Payne’s Prairie and made mention of Deep Creek, a major tributary of the Ocklawaha. His travels have become a major focus for the Bartram Trails group in Palatka which attracts visitors and residents to hike, bike, paddle and boat along his route. A popular water taxi runs tours out of downtown Palatka for groups and scheduled events.

A Call to Action: Impacts to Significant Cultural Resources

Maintaining the Rodman Pool at higher than necessary level adversely affects historic and archaeological resources on USFS lands submerged by these waters (USFS). Drawdowns and water fluctuations in the reservoir are causing on-going, continuous impacts to known, significant cultural resources. DEP could potentially be in violation of 36 CFR 296-Protection of Archaeological Resources: Uniform Regulations.

Ditch of Dreams: The Cross Florida Barge Canal and the Struggle for Florida’s Future, Steven Noll and David Tegeder (2009)

How Florida Happened, by Buddy MacKay (2010)

The Spanish Missions of La Florida, by Bonnie G. McEwan 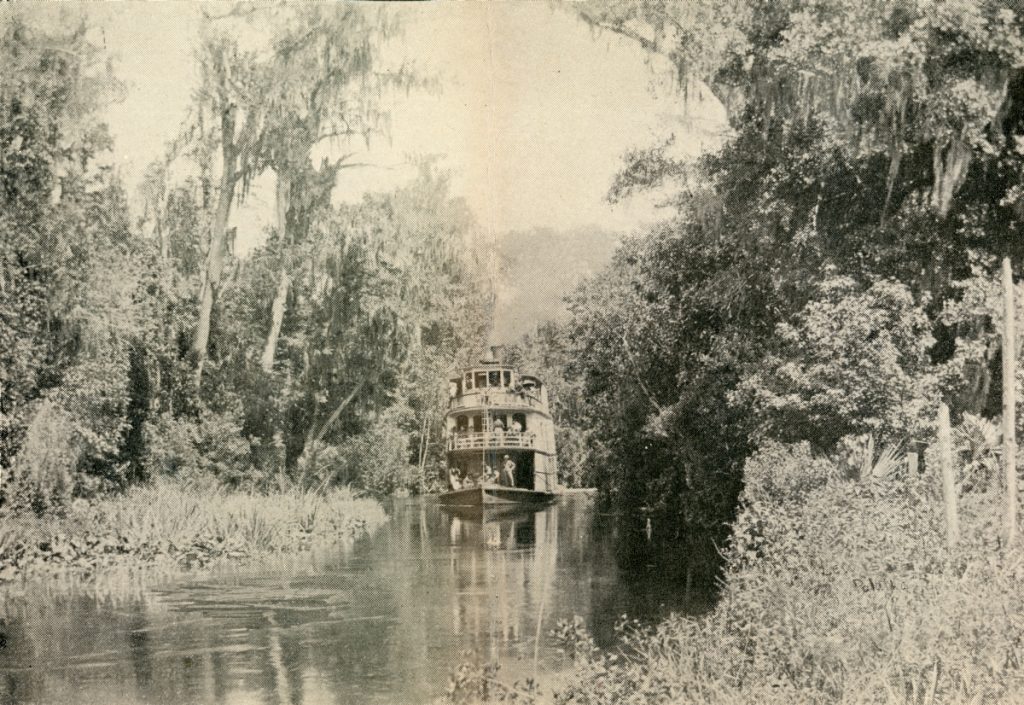