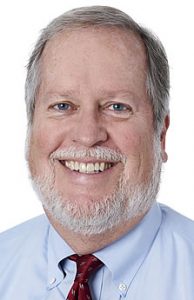 The saga of the Rodman Dam will enter its 50th year in a few months.

More than 50 years ago, I took a ride on the Ocklawaha River in North-Central Florida, courtesy of a classmate whose parents owned a boat. The river meanders north and eastward from near Silver Springs and feeds into the St. Johns about 65 miles south of Jacksonville; in the 1800s and early 1900s, steamboats carrying the likes of Ulysses Grant and Thomas Edison traveled from Palatka to Silver Springs via the Ocklawaha.

I remember a couple things about my trip: First, the river was spectacularly beautiful and remarkably curvy, twisting and turning every couple hundred yards, corkscrew-like, on its course through its floodplain. Second: My friend’s father had begun drinking early in the day and liked going fast; he navigated one bend too abruptly, and I nearly went over the side.

The only other thing memorable about my trip is that it happened while the river was still intact — before the construction of the Rodman Dam (now the Kirkpatrick Dam), which chopped off the Ocklawaha about nine miles from the St. Johns a little east of a community called Orange Springs. Today, on the east side of the dam, the old river still curls and twirls toward the St. Johns, albeit with reduced flow. On the west side, the river dead-ends into a 9,500-acre reservoir behind the dam.

Why dam up a scenic river? The Ocklawaha had figured into visions of creating a ship canal across Florida that dated back at least to the early 1800s. During the Depression, Franklin D. Roosevelt seized on the idea of a cross-Florida canal as a public works project, and work began in the 1930s. But a coalition that included environmentalists, businesspeople (including farmers and port officials) and fiscal conservatives resisted FDR’s plans, and the feds backed off.

Supporters of the canal didn’t give up, and in the early 1960s they secured funding to resume work. The route used the St. Johns, then parts of the Ocklawaha and a series of man-made locks, channels and lakes to reach the Gulf. Presidents John Kennedy and Lyndon Johnson, both Democrats, supported the project; Johnson attended the groundbreaking of the Cross Florida Barge Canal in 1964.

The Rodman Dam and reservoir, part of the barge canal infrastructure, were finished by 1968, choking the Ocklawaha, flooding a cypress forest and drowning 20 springs. Opponents of the canal fought back. In 1971, an environmental group got a federal court injunction blocking further construction. They were led by Marjorie Harris Carr, a determined naturalist from Bonita Springs who’d managed to get a zoology degree from UF before women were allowed to study there.

President Richard Nixon, a Republican, killed the project that same year. But while the canal died, the dam and the lake didn’t. They developed their own constituency — in the form of bass fishermen who angle for trophy fish that grow large while hiding among the cypress stumps on the lake bottom. The Rodman Reservoir has come to rank among the top 10 bass fishing locations in the country.

Today, as far as the Ocklawaha River goes, it’s still 1971. Over the years, the state has conducted studies and enacted all manner of resolutions and designations and policy papers that call for removing the dam, with support from governors ranging from Reubin Askew to Jeb Bush. But the Legislature, while voting to remove the dam, has never actually funded it.

Every few years, environmentalists take a stab at getting the dam removed, regurgitating their view of the dam as an environmental catastrophe and the last barrier to restoring an environmental jewel. The bass fishermen and save-the-dam groups counter with reasonable arguments that boil down to “it’ll cost too much, there are plenty of birds and critters in the lake — and the fishing’s good.”

Next year — the 50th anniversary of the canal’s cancellation — will see another effort. Margaret Spontak, a former executive for the St. Johns Water Management District and philanthropy manager for the Duke Energy Foundation, now leads a group called Free the Ocklawaha Coalition. Spontak says it’s important for her side to understand the arguments from the other side and also to focus on the economics of the issue as much as environmental concerns.

There are good arguments for breaching the dam in 2021. For one, the reservoir is filling up with muck. To maintain the status quo, the state will have to start paying to dredge it out at some point, along with paying increasing maintenance costs for the dam, which is already past its life expectancy. As it is, the state has to draw down the reservoir every few years as part of measures to control the growth of invasive aquatic plants that flourish in the reservoir environment.

The coalition advocates what it calls a “partial restoration” that would involve breaching the earthen part of the dam while leaving the rest intact. Boat ramps, docks, parks and recreational areas would remain. Bass fishing will suffer some, but overall there will be a wider variety of fish to catch, and a wider variety of recreational opportunities on the river. The St. Johns River stands to benefit from the increased water flow as well.

At the groundbreaking for the barge canal in 1964, President Johnson said that “the challenge of modern society is to make the resources of nature useful.” If we’ve learned anything since then, it’s that those resources are most useful when allowed to function naturally.