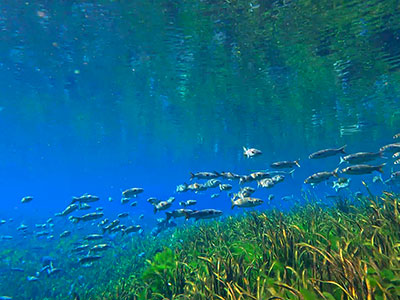 Improves fish diversity and abundance in the Ocklawaha, St. Johns, and Silver Rivers. 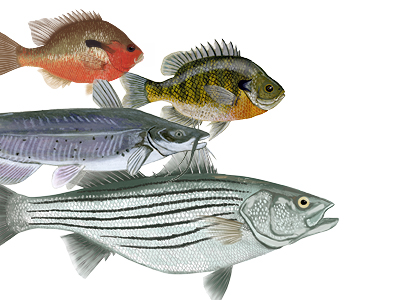 Many sought-after species would increase upstream of the dam. 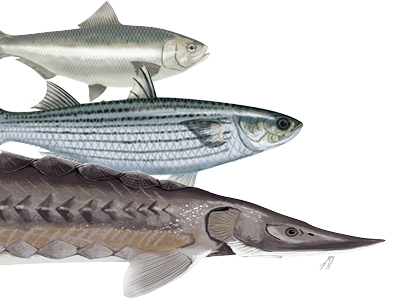 Scientific research suggests that fish species diversity throughout the Ocklawaha River upstream of Rodman/Kirkpatrick Dam would increase following restoration of the river. Although  American Shad and Atlantic or Shortnose Sturgeon may be a rarity, other rare and threatened species may return such as the Southern Tessellated Darter and Bluenose Shiner. Marine and fish species that survive in fresh or saltwater habitats are likely to access the upper reaches of the Ocklawaha River including Silver Springs. Examples include Hogchoker, White and Striped Mullet, Southern Flounder and potentially Grey Snapper and Tarpon. 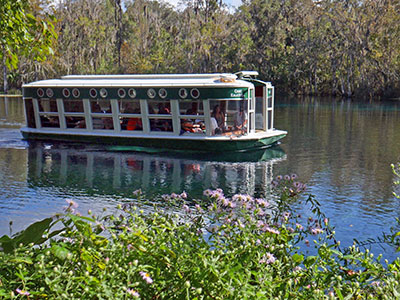 Restoration would help return the historic fish of Silver Springs.

Breaching of the dam would allow significant populations of fishes such as Striped Mullet and Channel Catfish that were historically observed in Silver Springs renewed access to the springs and upper reaches of the river. Expansion of native fish populations will help counteract the increased populations of exotic fish such as Tilapia. View Silver Springs: The Heartbeat of the Ocklawaha. 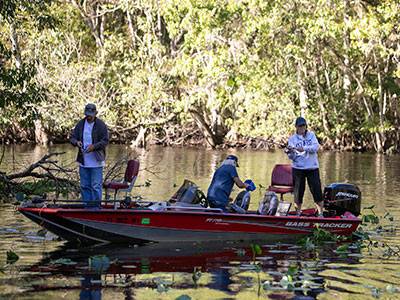 Reducing the reservoir to the natural river disperses fish throughout the system.

Fish will be distributed up and down the Ocklawaha and St. Johns Rivers and Silver Springs. Open water fishing on the large managed pool will not exist, but the natural river fishing experience will provide opportunities to fish the edges, creeks, cuts, and newly opened springs along the river. The need to apply herbicide treatments to invasive aquatic weeds will be reduced. 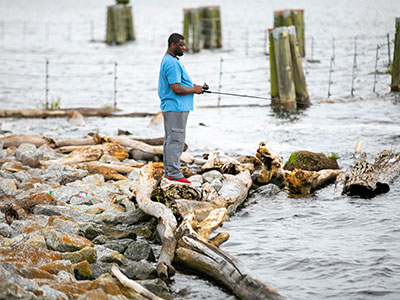 Fishing right below the dam would diminish.

Breaching the dam would eliminate the concentrated tailwater fishery, right below the dam, but a shallow pool may provide opportunities for children’s fishing. Bank fishing access would be available in other areas around the dam. The Ocklawaha River will run freely along the loop park on the southwest side of the Rodman/Kirkpatrick Dam. This will bring more varieties of fish species migrating up and down the riverway. 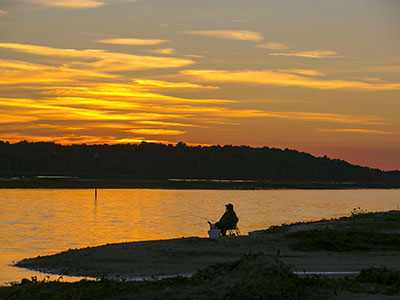 Additional bank fishing opportunities will open up along the Ocklawaha.

Additional bank fishing opportunities would open near Orange Springs, Kenwood, and Paynes Landing boat ramps, as well as other sites along the 16 miles of restored river. The banks would emerge and be available similar to during drawdowns.

Learn More About The Fish of the Ocklawaha River

The health of the fisheries in the St. Johns River from Welaka to Jacksonville will improve.

More than 150 mgd of added water flow from reopened springs and reduced evaporation off the reservoir, along with a more balanced nutrient supply, will help stimulate submerged aquatic vegetation (SAV) growth from Welaka north to Jacksonville. This improved habitat will support better commercial and recreational fisheries.